This term our topic has been ‘Out of this world.’ In Science, we have found out about the Earth, Sun and Moon, day and night and seasons. As historians, we researched the space race and developments in space travel. Last week, we took on a mission to plan an expedition to Mars and discovered what skills and training are needed to become an astronaut.

We created papier mache planets using balloons to make them spherical. When they were dry, we painted them and added paper and fabric strips to add detail. 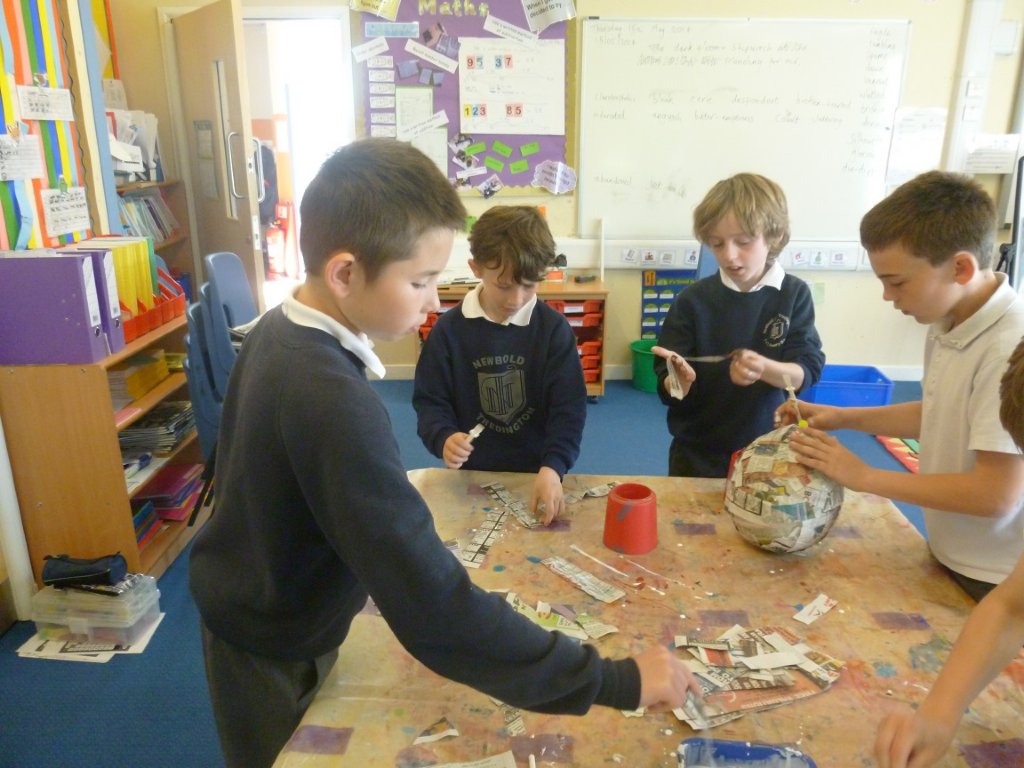 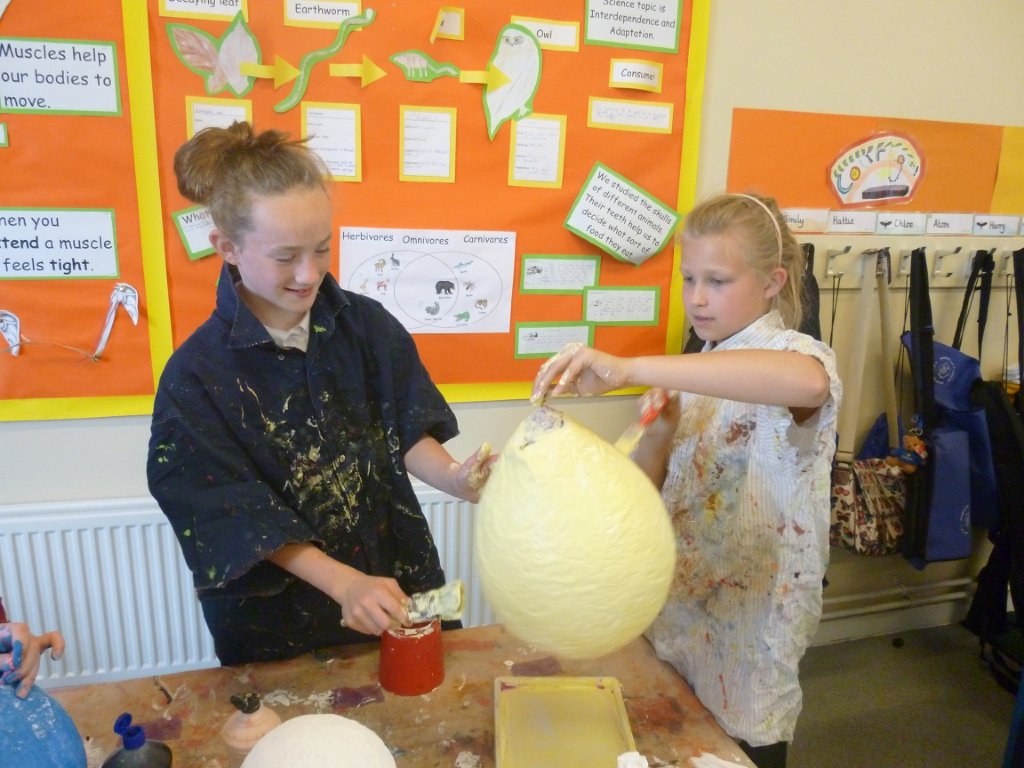 We decided to research each planet and write a fact file to inform others who looked at the display. To make our display more interactive, we added the distance between each planet.

In Literacy, we have been finding out about film and camera techniques. Children in Mrs Tattersall’s group analysed a Dr Who film clip called ‘Runaway Bride’ and acted and wrote in role as the characters. 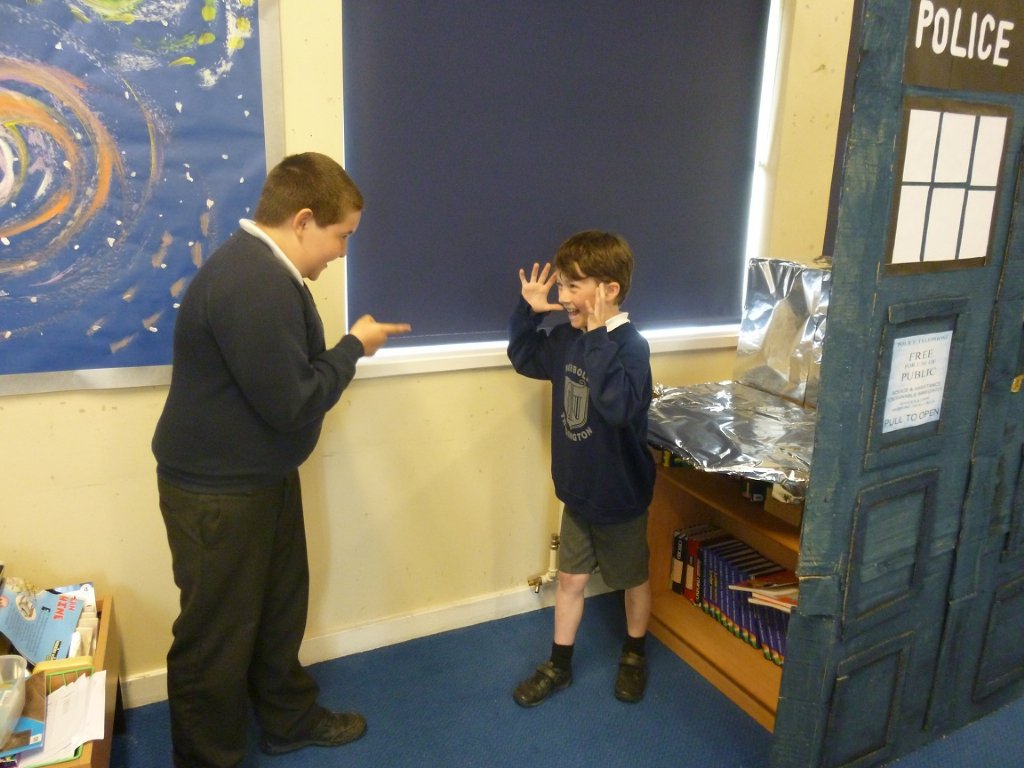 We also experimented with different camera angles and shots. Our favourite photos were these ones:

The first one is an extreme close up and the second is a low angle shot which makes the character look strong.

A great deal of time and effort went into our performance of ‘Wind in the Willows.’ Everyone sang beautifully and spoke clearly. The audience all said how impressed they were. We all gave Mr Boothroyd three cheers for organising the rehearsals and thanked our LSAs for their effort when making the amazing props. 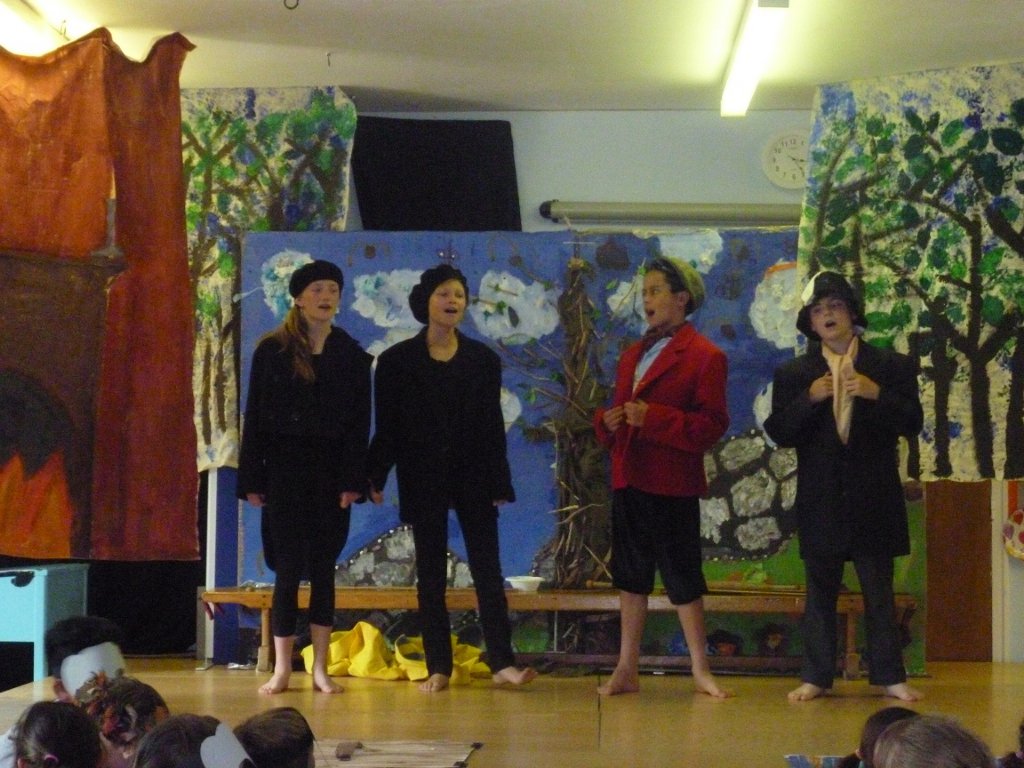 The year 6 children have been preparing their leavers’ assembly. They enjoyed a mystery trip to Go Ape on Tuesday. We will miss them!

It is nearly time for the summer holiday! We hope everyone will have a relaxing time and return eager to start our new topic in September.